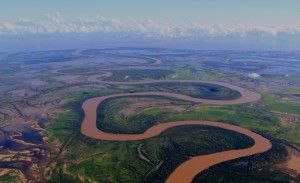 Karumba is located in the Gulf of Carpentaria in Queensland, Australia. Situated on the mouth of the Norman River, the charming port town of Karumba is already well known as a recreational fishing mecca and birdwatchers paradise. Whilst Karumba is fast becoming a must do destination for travellers and fishing enthusiasts looking for an experience with a difference, Karumba has retained an untouched quality due to its relative isolation and small population.

During the summer (the wet season), the monsoon rains replenish the waterways and attract a multitude of birds with Karumba being internationally recognised as being an important habitat for some of the most unique birdlife in the world. Part of the wet season also incorporates the closed season (regulated waters) for barramundi fishing, which prevents people from fishing at certain times of the year to protect these species at vulnerable times in their life cycle, such as during spawning seasons.

During winter, with the Barramundi in abundance and with the season declared open, many fishing enthusiasts and tourists from round Australia and overseas descend on Karumba for some of the best wild caught barramundi in Australia.

The rich marine wetlands wind their way inland some 30 kilometres from the Gulf of Carpentaria coastline – this is truly where the savannah outback meets the sea. It also has the distinction of being the only town along the southern Gulf of Carpentaria that is within sight of the Gulf itself.

What else can you experience in Karumba?

Where is Karumba? Karumba is 71 km by road from Normanton, 780kms from Cairns and 2159 km from the state capital, Brisbane. The nearest airports are Normanton & Cairns. There is a sealed air strip in Karumba, however not used commercially. 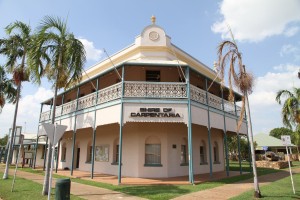 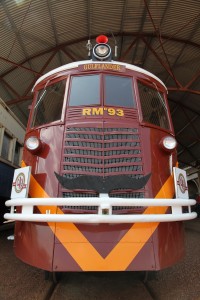 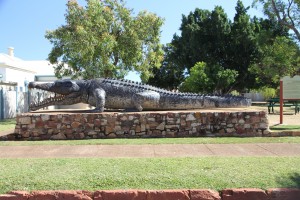 Normanton has a unique flavour that is enriched by its diverse population and colonial history that has seen both boom and bust. These days, it is an important administrative centre set in the most wondrous surroundings of the Gulf Savannah.

Normanton began as a small port town that serviced the nearby Croydon Goldfields during the gold rush. This colourful period of history brought people from all walks of life to settle in the region, from gold miners to merchants and farmers of all nationalities.

Original sections of the port still stand on the banks of the Norman River and although it is no longer a hub of activity, it is a popular fishing haunt. Normanton also offers some excellent run off barramundi fishing early in the season (at the end of the wet season).

Some of the many places to visit include: